Some photographs of the phasing interferometry radio telescope (31 MHz) 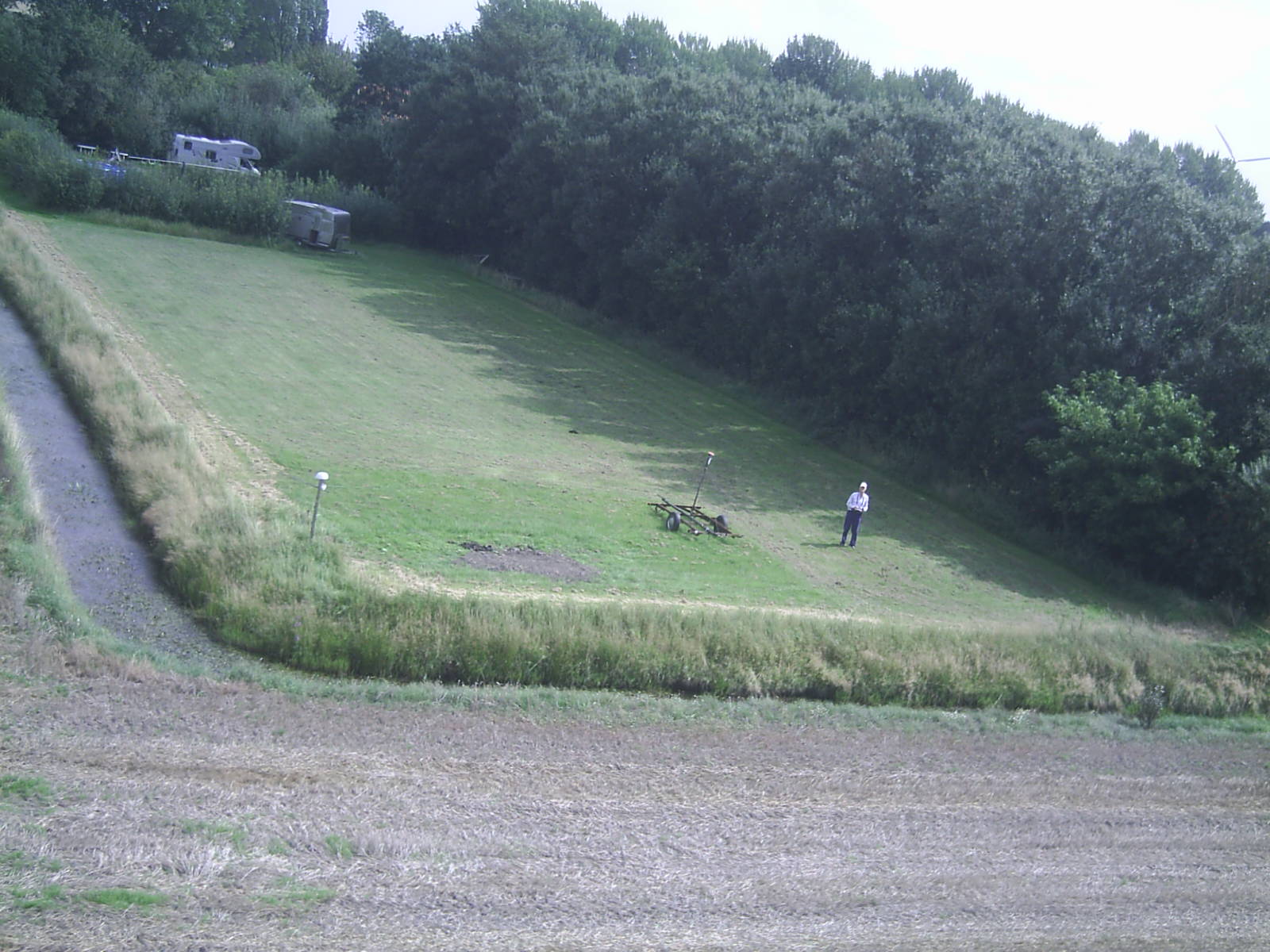 aerialphotograph of the measuring field.
You see me stiring a RC-model airplaine with a camera which took this fotograph.
Left below is the first ( stationairy) antenna.
Next to me is the astrorover ( mobile antenna)
In the backround is the caravan with the receivers and the computers. 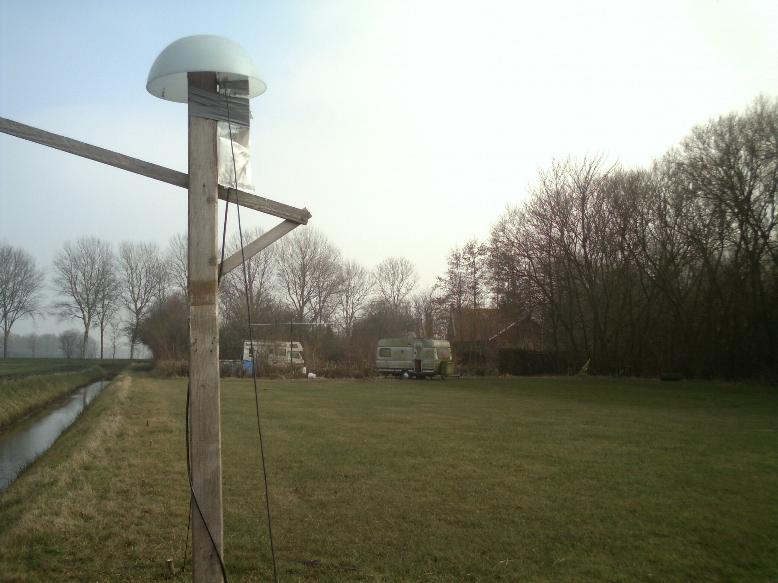 The stationairy antenna with the amplifier.
And the primairy measuring field between this antenna and the caravan. 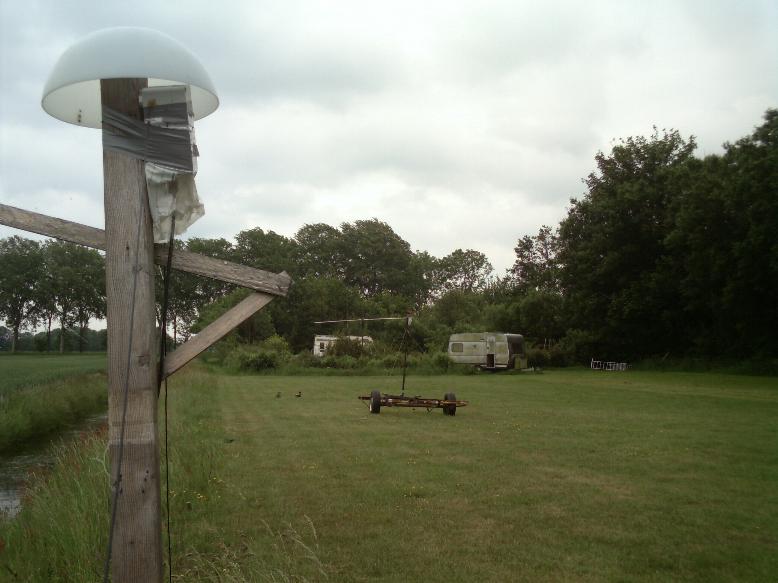 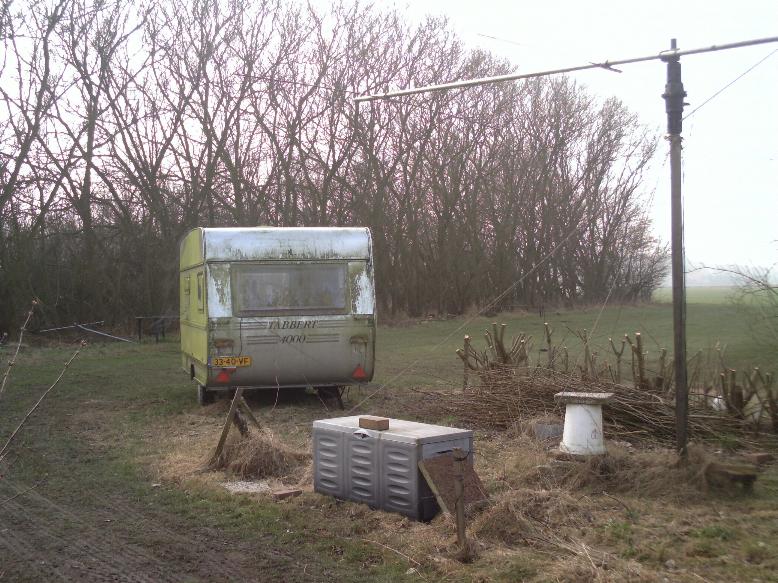 De caravan in which are the receivers and the measuring computer.
As you see, i hate cleaning...... 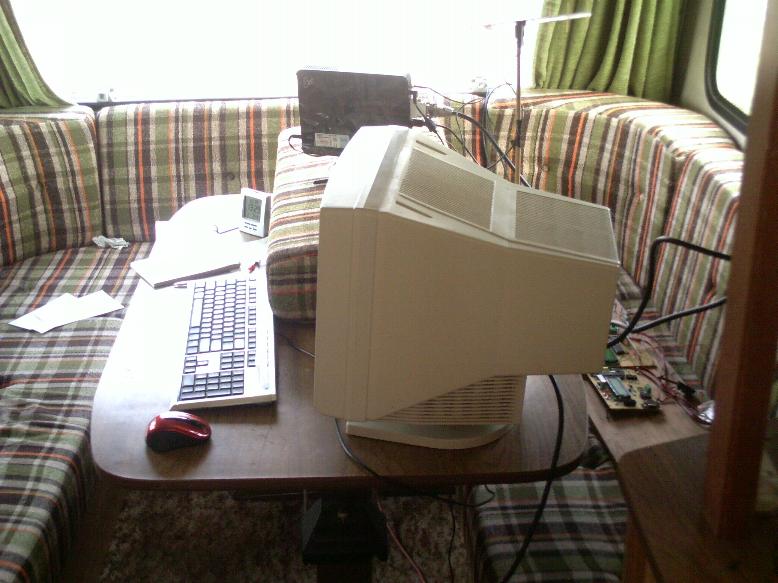 The measuring computer (ASUS eee) and the receivers at the middle right.
Above right, the WIFI beam antenna for the link to my house . 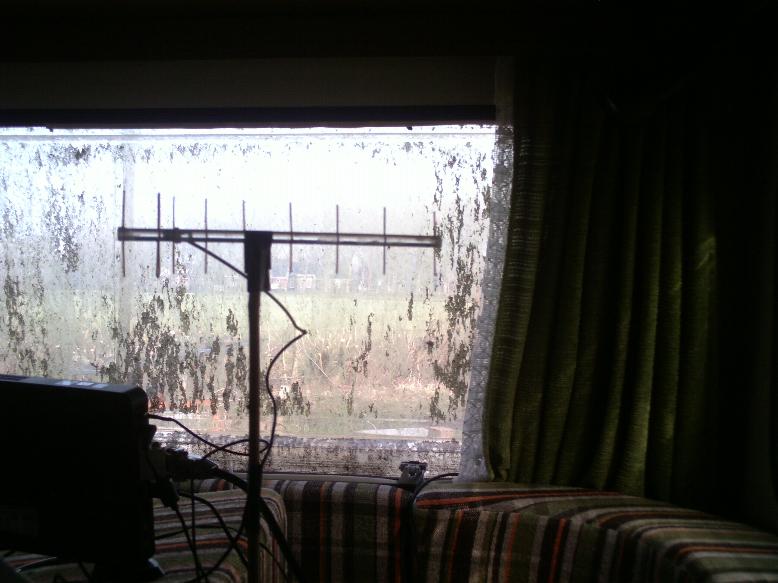 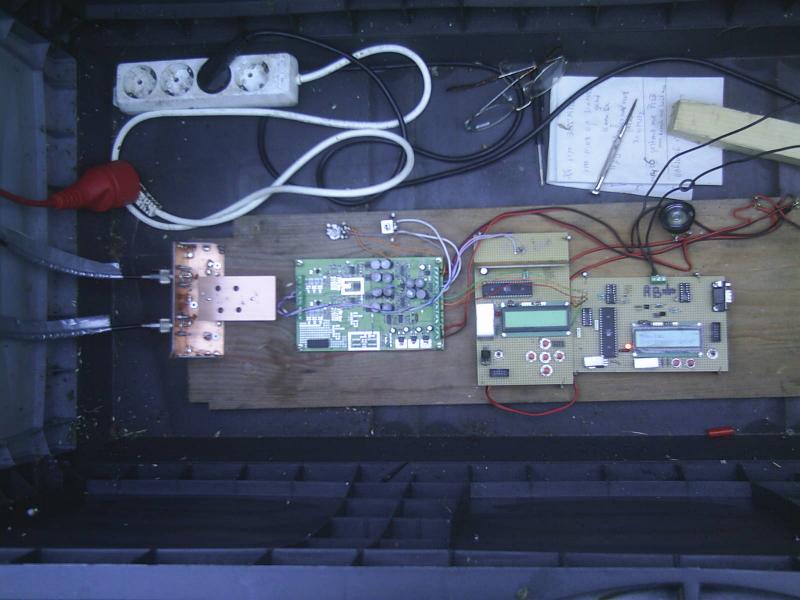 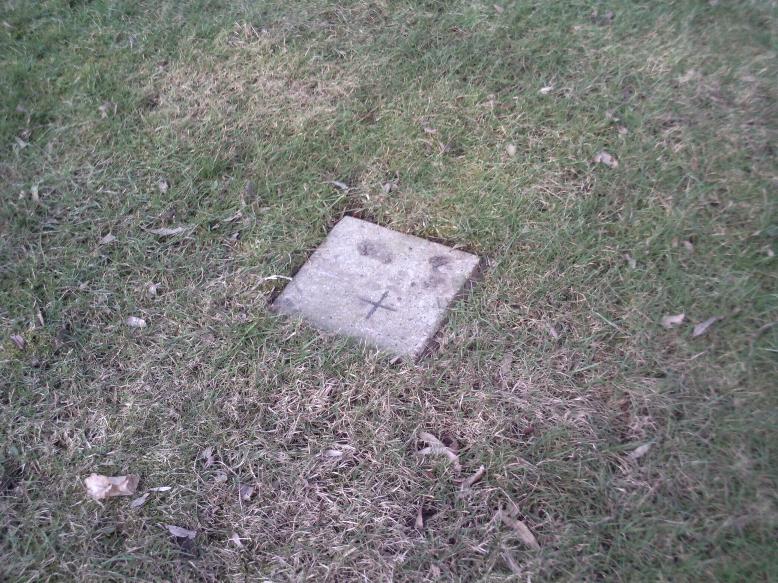